You are here: Home1 / Mineralogy and Geology

The Geological Origin of Bentonite

Bentonite originates from the in-situ weathering of volcanic ash and consists primarily of Montmorillonite.

Montmorillonite is a fine particle sized hydrous aluminium silicate and is one of the three layer clay materials. This clay has strong colloidal properties and, when brought into contact with water, it swells to several times its original volume.

The wet material then becomes a thixotropic and gelatinous substance. The use of the word bentonite was later generalised and any clay of volcanic origin that consisted mainly of Montmorillonite was referred to as Bentonite.

This means that the properties of Bentonite may vary from one deposit to another. The variation usually occurs with regard to other minerals present namely Illites, Kaolins, volcanic glass, Quartz and Cristobalite. Although some Bentonites may appear to be of a high purity, they seldom contain less than 10% non-argillaceous minerals.

Montmorillonite itself will also vary in composition from one bentonite to another, mainly with regard to the inter-changeable ions viz. Na+, K+, Ca2+ and Mg2+. Thus they are referred to as sodium, potassium, calcium and magnesium Bentonites. Molecules can penetrate between the unit layers and the molecular network will swell out in the direction of the so-called C-axis.

The deposit occur in the cretaceous beds in the Southern Cape, South of the Langeberge in the district of Heidelberg (about 250 km East of Cape Town), and originate from volcanic ash deposited during the formation of these mountains.

The clay occurs in large beds dipping in a Northerly direction towards the mountains. All the beds are covered by a fairly soft siliceous sandstone layer, consisting mainly of Cristobalite and Quartz . The Cape Bentonite deposit is a Sodium-based Bentonite.

Sodium Bentonite consists principally of one of the Smectite group of clay minerals, Montmorillonite being the most common member. In addition, small amounts of Quartz, Cristobalite, Iron and Titania minerals occur. These inert contaminants, making up to 5% of the Bentonite, play no role in the bonding or sealing properties of the product. 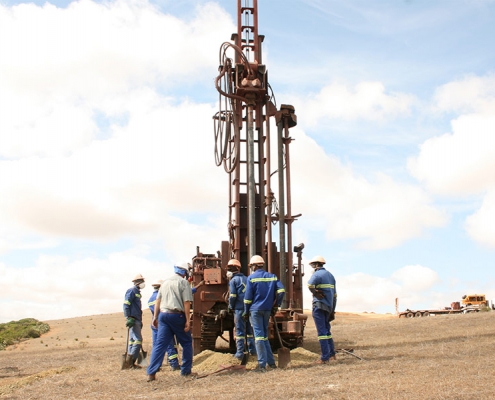 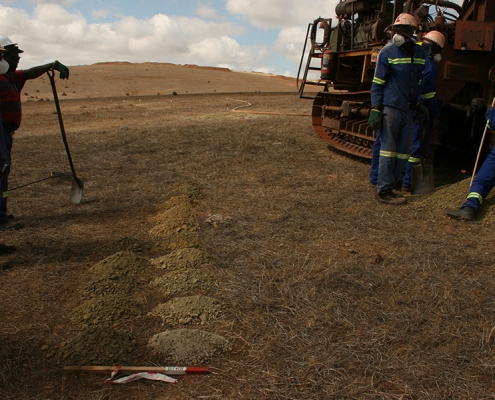 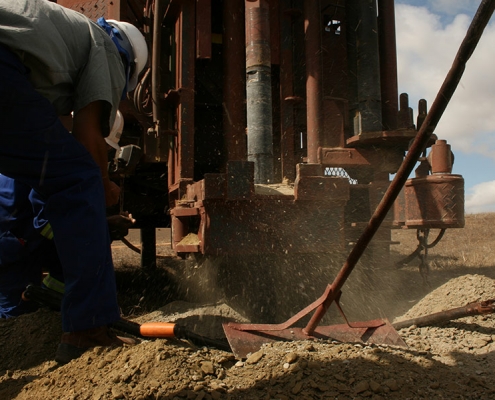 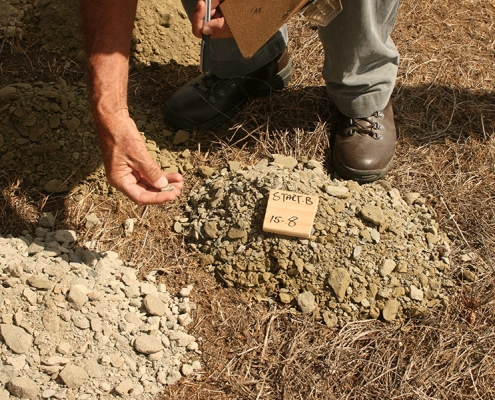 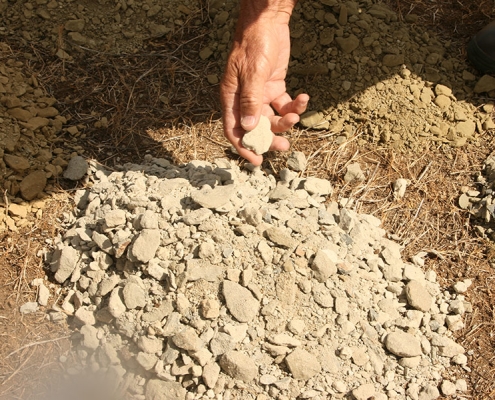 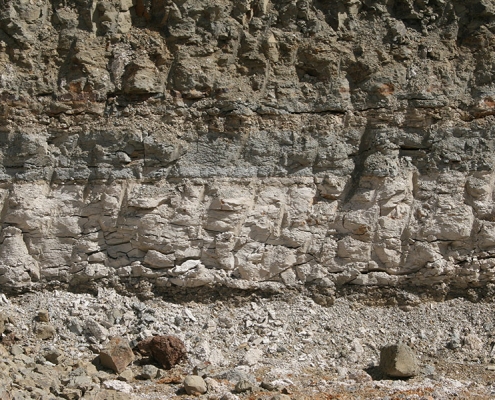 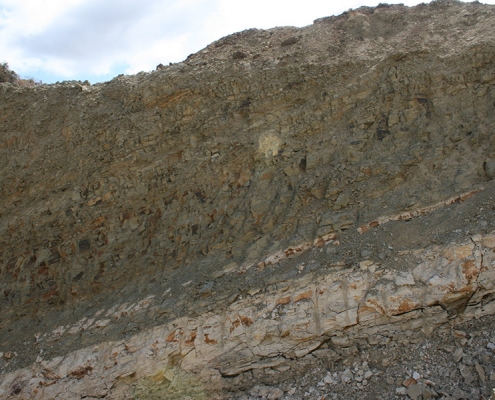 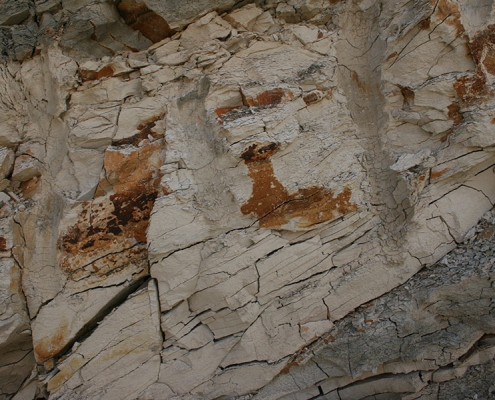 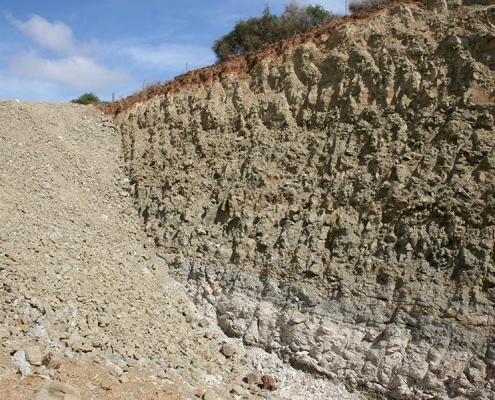 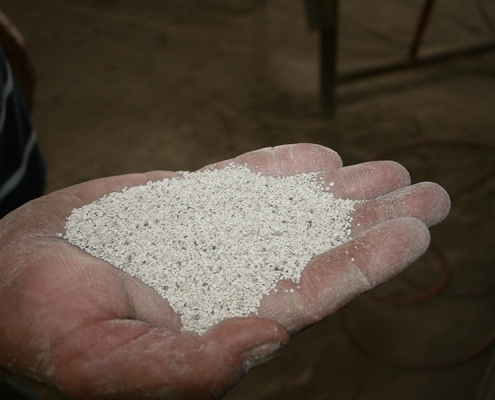 Montmorillonite has a crystal structure. Essentially the crystal consists of a number of sheet-like plated or crystallites stacked tightly one on top of the other.

Due to replacement of Alumina by other ions in the central part of the sheet, the plate becomes electrically unbalanced and other cations are absorbed onto their surfaces to neutralize these negative charges.
The cations are relatively loosely held and may be readily exchanged for other cations.

Cations of calcium Ca2+, magnesium Mg2+, sodium Na+ , K+, ammonia NH4+, and organic compounds are commonly found in these exchangeable sites. Sodium Na+ ions have the greatest ability to solvate and, in fresh water; distances between particles are on average 200-300 Angstrom.

At this point, edge charges on the clay platelets become important. These charges are the result of broken bonds at the edges and are positive in nature, but are of much lower magnitude than the surface charges.

A chemical presentation of the structure of Montmorillonite can be seen with the theoretical formula: (OH)4 Al4 Si8 O20 .xH2O Depending on the substitution of Al with other minerals such as Fe, Mg, Li, different members of the Montmorillonite group occur.

The Cape Bentonite Mine operations consists of:
Mining and production plant in Heidelberg Cape (Sodium Bentonite)
Production and distribution plant in Gauteng.

Our Bentonite operation is situated in Heidelberg in the Western Cape.
In order to guarantee consistent and long term availability but also to improve quality, we constantly invest in our existing plants and in the research of new deposits.